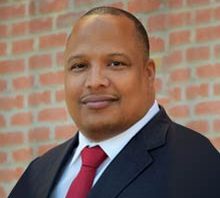 Alan “AP” Powell is the founder of the Herozona Foundation, a serial entrepreneur, Gulf War U.S. Army Veteran, philanthropist, and a renowned strategic consultant specializing in developing relationships for Fortune 500 companies. The chairman and CEO of AP & Associates, LLC, since it was founded in 2004, Powell also currently serves on the TGEN Foundation board.

After leaving the military, Powell started a career in the independent film and music business, eventually becoming vice president of business development at The Firm, a premiere entertainment management company in Beverly Hills, California. There, Powell was influential in the development of major music collaborations such as Fieldy of Korn featuring E40, Fred Durst of Limp Bizkit and 8 Ball.